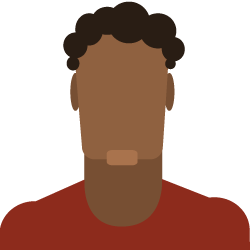 One of the most frustrating experiences for any car owner is when the vehicle will not start because of a battery problem. Fortunately, some battery issues are relatively minor and fairly easy to resolve yourself, which can save you a significant amount of money as opposed to taking the car to a repair shop. Here are some common battery malfunctions and the steps you can take to fix them at home.

In many cases, when a car will not crank, the problem is corrosion of either the battery post or the battery cable terminal, or both. Corrosion will generally appear on the post or terminal as a white, powdery substance. To get started with removing this damage, unscrew the terminals from the posts. To reduce any chances of shock, always remove the negative terminal first and replace it last. Scrape away as much corrosion as possible with a small wire brush. Then scrub the posts and terminals with a mixture of baking soda and water and use a cloth to remove any remaining corrosion. Finally, dry off the posts and terminals and then screw the terminals back onto the posts.

In some instances, the battery cable terminals may have become so damaged by the corrosion that a new terminal is required. To replace a terminal, remove it from the post and cut it off from the battery cable, as closely to the terminal end as possible, with a wire cutter. Then strip off about an inch of insulation from the end of the cable. Insert the stripped wire into the back end of the new terminal and tighten the screws. Then screw the new terminal onto the post. Just as with cleaning, always remove the negative terminal first and attach it last when replacing terminals or cables.

If you see signs of corrosion or damage on the battery cable after you strip off some of the insulation, then it's time to replace the entire cable. Unscrew the cable terminal from the post. Remove any rubber covers or metal retainers along the length of the cable. Loosen the bolt on the other end of the cable where it connects to the engine block or starter. Attach the new cable to the same spot where you unbolted the old one. Replace any covers or retainers and screw on the new cable terminal to the appropriate post.

These tips should make it easy for you to repair minor battery issues. For more complex problems, contact your local auto repair service.